This is the second part of recent challenge posted by the Shabak.

Hey there fellow researcher! In every challenge in the ‘Airplane’ flow you’ll have to get to a point where a password is shown, feel free to use Dissasemblers, Debuggers or what ever you want.

At this stage we have an executable file which should display the flag.
We can see an interesting path at the strings: 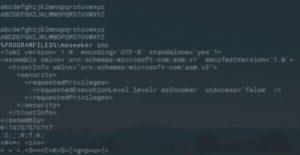 We created the file but Shabak will not make this challenge that easy, it is time to get our hands dirty and dive into assembly.
By searching for the folder, we can see that the program is reading folder’s attributes and compares them to hardcoded values.
There are two checks that will lead us to failure and will not let us reach the protected area which should reveal the flag. 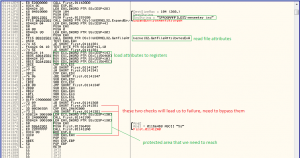 Simply, fill these checks with NOPs and hope for the best. 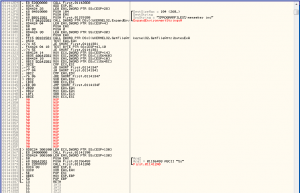 And as expected we have the flag!

HOMEBASE team is working on deciphering the prison messaging system, luckily for us our operatives found a program that knows the encryption key, but unfortunately the program is refusing to talk (maybe a technological approach is better suited for this job since Spanish didn’t work).
We need you to*Make It Talk*

At this level we get a Portable Executable file – ‘Second.exe’.
We run it and he is asking for a password, after some random password is given he is trying to execute ‘GettingSchwifty.bat’ batch file. 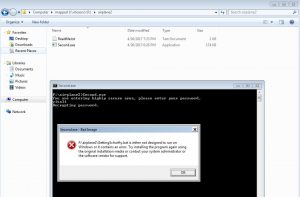 The file does not have any known magic number, and the content looks encrypted. I guess my password was wrong. 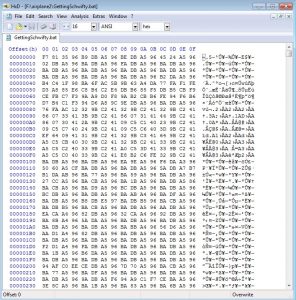 By looking at ‘Second.exe’ source code, we can see that ‘GettingSchwifty.bat’ is actually a DLL. 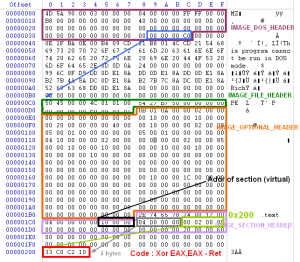 The next part is breaking that DLL, lets get to it.
We noticed the following code: 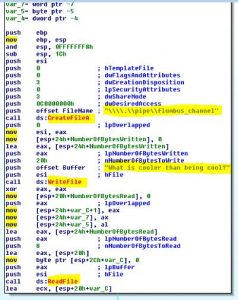 The DLL will open a pipe called ‘flumbus_channel’, ask us a question by writing it to the pipe, read our answer from the pipe.
The question is ‘What is cooler than being cool?‘.
I have never worked with pipes and I am too lazy to start coding, so I will just replace pipe’s path with my .txt file with the answer, so the DLL will read the answer straight from my file (also don’t forget to skip the WriteFile part so our answer will not get corrupted). 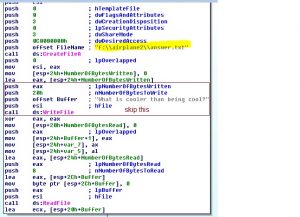 So after skipping the WriteFile part and reading the answer, the rest was clear and we have our password. 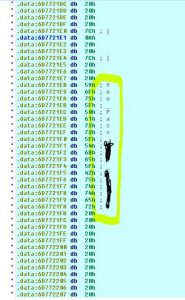 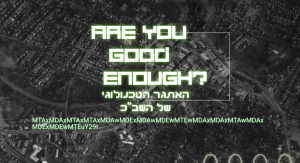 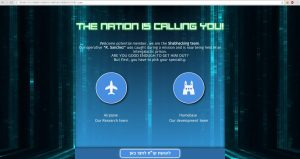 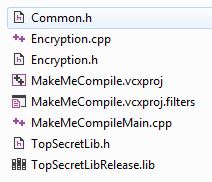 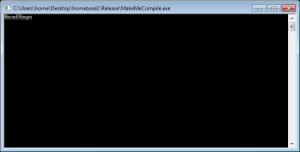 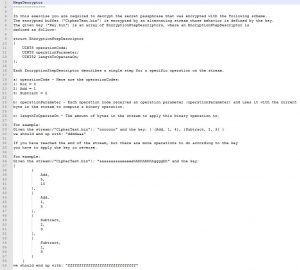 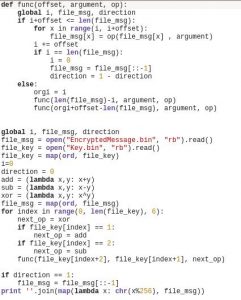 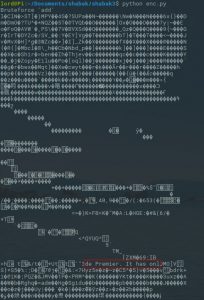 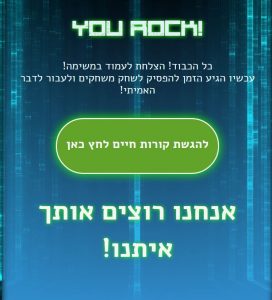